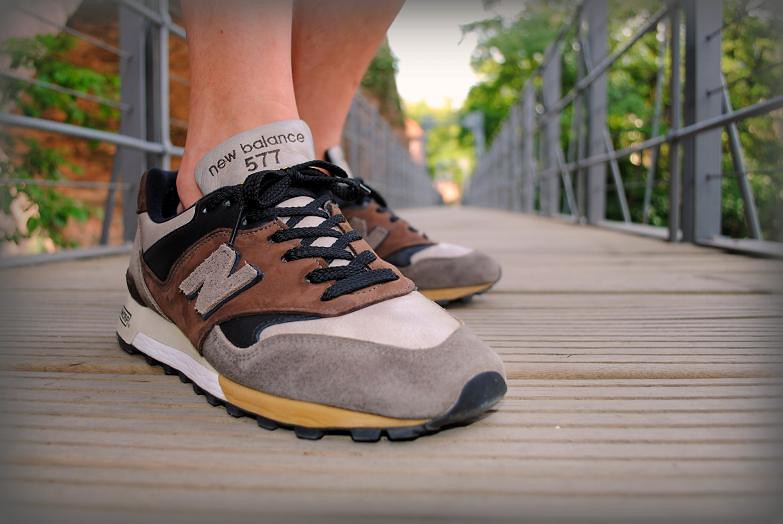 Many people think of size as the only factor that differentiates men’s and women’s sporting shoes. Well, that could be true for some brands, but not for New balance. The giant spoetswear company dedicates a lot of resources into reasearch and tests on how male and female bodies move during different track and field sports, then put them into consideration when creating shoe designs for each gender.

Generally, men’s sports are considered to be more aggresive- with some even labeling them ‘borderline violent.’ The issue actually came to prominence -again- just recently when France accused All Blacks’ rugby players of being overly aggresive in a comeback win. Men’s shoes are therefore designed to have tougher soles and tighter stitching to accomodate the excessive stress.

The points on which most pressure is exerted when players are in running or field sport poses is also a factor considered in design. Women usually exert pressure more often on the ball of the heel and the exteme front of the foot (close to the toes). Men, on the other hand, tend to put their weight across the front part of the foot just after the midsection but not too close to the toes.

You will thus notice that women’s shoes tend to be thicker at the extreme front and back ends of the sole. Mens shoes tend to have a wider and more padded sole from around the midfoot extending to the front part. They also have slightly thicker studs (for running shoes).

There are also colour differences, but these are purely aesthetic. Women are more likely to come in bright colours or decorations. Men’s shoes, on the other hand, are plain and often come in dark colours like black and grey, sometimes fluorescent and flashy and sometimes with mild touches of gold or such other variations.