Like many other corporations, New Balance goes to great lengths in promoting its brand. The sportswear company has different forms of partnership ranging from kit deals with clubs like Liverpool Football Club, to the sponsorship of individual athletes.

There are a lot of benefits accrued from such sponsorship, which include access to high-quality apparel, and the chance to earn simply from promoting the brand. However, the lucrative deals come with equally demanding conditions. Runners and field 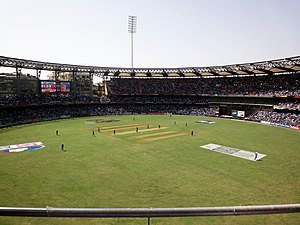 players who pen New Balance contracts have a stipulated code of conduct that they are required to follow – on and off the field.

Not long ago, an English cricket star lost a New Balance sponsorship after he was taken in for questioning on suspicion of assault. Not even charges, but mere suspicion. The brand announced that the cricketer’s behaviour was not acceptable as it went against their values and culture. That goes to show just how much these brands value their image.

While most people just see the money that events, clubs, and athletes are raking in from sponsorship deals, there is also the aspect of maintaining a high level of discipline to keep the deal alive.

You may not, for example, be allowed to send out certain political or religious messages when running in athletic contests sponsored by New Balance. The company invests a good chunk of money in making all participants and organisers of such events aware of their policy.

It should, however, not sound like a punitive thing that outfits receiving sponsorship are kept on a leash. There are as many benefits as there are regulations for the teams in the sponsored events- if not more.

If some of these rules were to be scrapped, the brand would find itself in a crisis that would result in a sharp decline in profits making it untenable to continue offering their support.